To anyone out there ! in a more advanced place than me

My character is such that i believe more in scientific studies(evolution, radio-carbon dating) rather than myths, I do not even go to temples, or any place of worship or engage in prayers,
Please forward this article to any neuroscientist, this event actually very closely proves the existence of GOD, The event that happened to me is REAL, I do not want to benefit with any form of monetary reward, only Human advancement but i cannot do it here in Africa. There are no neuroscientists here.Supposing you responded to a TV programme, Some of this can solve our quests for answers in spirituality. Maybe even stop wars.

How i managed to get my answers in life for God,Religion & the final Goal

This is what happened to me in May 1982:-
I was in a deprived, poverty stricken state & then it started with a TV program, I started to respond to it.
Dallas 1978 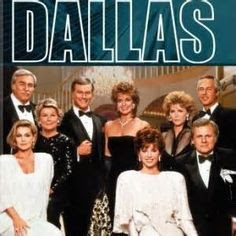 See below , dashes(-) = common actors whilst the asterisk(*) represents =JR ewing.
After all he is the villain.....

Watching Dallas episodes culminated in me getting a trauma like situation which brought about a change in my brain through watching a TV programme. Note Dallas has been written by David Jacobs.

Lord Vishnu incarnated Kurma Avatar in Sat- Yug to help devtas from Asuras. Though Devtas and Asuras were cousins, they were at war all the time. Day by day the tension between Devtas and Asuras grew and as a result of that gods were losing their strength due to the extreme curse* that was given to them by Saint Durvasa. As a result of that devtas were on the verge of defeat as they were helpless and their forces were dead in large numbers. They approached Lord Brahma and pleaded for help. Brahmaji meditated

for a while and then said, “Let’s take refugee in Lord Vishnu. He always helps those who have faith in him.”
Lord Vishnu advised them, “To defeat Asuras, you will have to strive hard and obtain Amrit (the nectar of immortality) by churning the ocean and that’s the only way out for you.

Whenever and wherever there is a decline in religious practice, O descendant of Bharata, and a predominant rise of irreligion—at that time I descend Myself.

In order to deliver the pious and to annihilate the miscreants, as well as to reestablish the principles of religion, I advent Myself millennium after millennium.

One who knows the transcendental nature of My appearance and activities does not, upon leaving the body, take his birth again in this material world, but attains My eternal abode, O Arjuna.

This means that ---------*----------- is the transcendental nature of the appearance.
If you know it, you have attained the final goal in Hinduism=Liberation.
Chapter 4, verse 6 , the Hindu God descends in animal/human form meaning AIDS is a descent to restore morality.its no wonder there is no cure.
I have done my best to debunk agnosticism, we can know about true nature of God through empirical, scientific methods.
I leave it upon the Audience to be the judge. This can have profound implications on our current views.

All these is a true story, its only that i am in a Third world country, i have no access to a neuroscientist to tell my story. There is more stuff that i have seen in religious scriptures.

My suggestion to neuroscientist

To study my brain function would be quiet essential, just for your information, I do not suffer from any psychotic delusional disorders, nor any form of epilepsy, What i have told is the truth, DO NOT allow my brain to be cremated ,it is an area of study ! I have done my best to put the evidence in an empirical manner.

My story is true, do you think it isn't ,do let me know ? 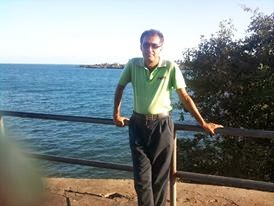 Don't let my brain be cremated, rather let it be studied?